In Hiding: The Life of Manuel Cortes por Ronald Fraser 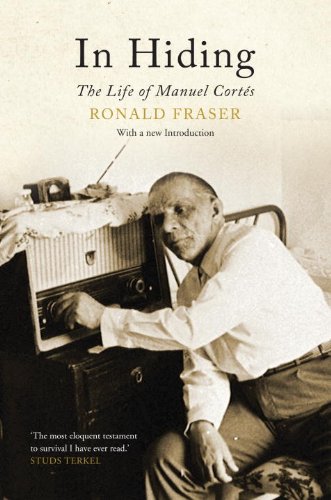 Ronald Fraser con In Hiding: The Life of Manuel Cortes

Manuel Cortes was a Socialist Party member, an activist in the peasant reform movement and an organizer in the farm workers' unionization struggles. He also became mayor of Malaga, where he was caught up in the ferment of revolutionary Spain in the late 1930s. A marked man, he evaded Franco's execution squads to survive in hiding through a generation of persecution and terror until amnesty was decreed in 1969 - a period of thirty years. With his wife and daughter, he made several attempts to escape to France or emigrate through the port of Barcelona, but circumstances always conspired to prevent his escape. In this absorbing narrative, based on numerous interviews with the mayor conducted by the author, a master of oral history, Cortes' incredible ordeal is supplemented by his family's life histories and experiences during the Civil War.