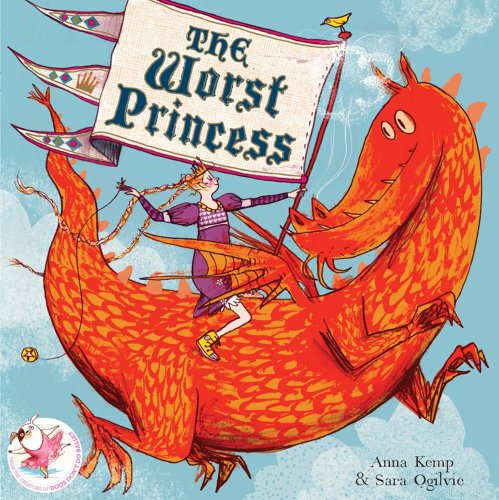 Once upon a time, in a tower near you, Lived a sad princess; the Princess Sue. "Some day," she sighed, "my prince will come, But I wish he'd move his royal bum." But when Princess Sue's prince finally does arrive, he's not quite what she had in mind. Find out how the feisty princess escapes the clutches of her twit of a prince in this funny twist on the traditional princess tale.


ANNA KEMP grew up in a street with a gang of kids and spent her childhood sticker-swapping, playing pac-man and co-ordinating BMX displays. She was a bit of a late reader but now reads a lot in her job at Queen Mary University where she works on contemporary French literature. Her first picture book DOGS DON'T DO BALLET was published in 2010, FANTASTIC FRANKIE AND THE BRAIN-DRAIN MACHINE, her first young fiction title, published in 2011.

SARA OGILVIE is one of Booktrust's Best New Illustrators. She studied Illustration and Printmaking at Edinburgh College of Art and now lives in Newcastle Upon Tyne.