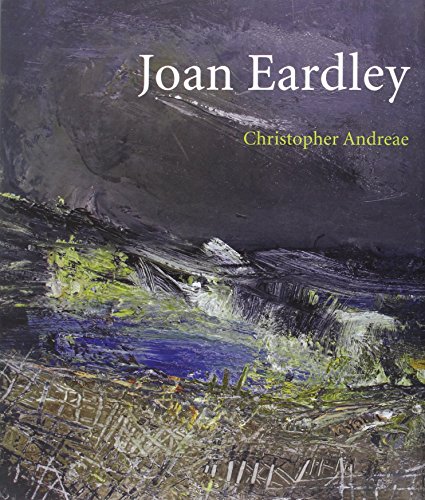 Joan Eardley (1921-63) is considered to be one of the most influential Scottish painters of her generation. Her paintings and drawings reflect urban and rural Scotland in an expressive visual language unlike any other artist's.This new, highy illustrated survey of her painting does renewed justice to the range, scale and power of her work.Her wild winter seascapes were painted out-of-doors on the shore or cliff top of Catterline, a small east-coast fishing village south of Aberdeen. Eardley loved the light, weather and seasonal changes of this rugged coastline. She counterbalanced her direct confrontation with the sea by immersing herself in the deep summer grasses of the surrounding fields. Before she lived in Catterline, she had made her name with potently realistic but tender depictions of Glasgow slum children and the black tenements and grimy streets they inhabited. Her studio at Townhead was as close to this teeming city life as her cottage in Catterline was to sea and field. She continued to work in both the country and the city until her death at the age of only 42 in 1963. The world was robbed of an outstanding artist at the height of her achievement.In this new book about Eardley, Christopher Andreae provides a fresh assessment of her work and its relative Scottishness or universality.He relates her art to the work of contemporaries such as Josef Herman, to inspired teachers such as Hugh Adam Crawford, and considers the impact of Renaissance art, of 20th-century European expressionism and modern American art. The author also looks at her relationships, quotes from letters previously embargoed, and discusses published and unpublished assessments of her work both during her life and posthumously.