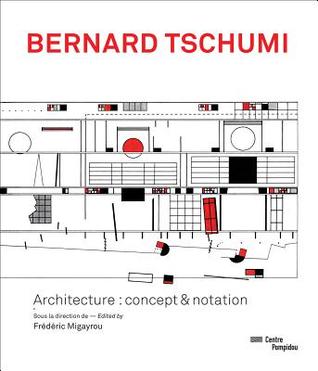 Initially known as a theorist exploring the spatial-political implications of the May 1968 uprisings, Bernard Tschumi emerged as an architect of international repute in the 1980s with his Parc de la Villette, a 125-acre cultural park located in northeastern Paris. His buildings and design theory famously draw on an array of disciplines, such as literature, cinema and philosophy. All aspects of the man and his work are examined in Bernard Tschumi, published to accompany a landmark retrospective at the Centre Pompidou. This volume is the most complete and authoritative of any yet published on the celebrated architect: no mere reference book, it boasts a wide selection of previously unpublished designs for cities as varied as Santo Domingo and Dubai, accompanied by the original commissioning plans, sketches and models. Concise case studies complement the projects discussed, walking the reader through the rationale of each design. Essays by Frederic Migayrou, the head of the Centre Pompidou architecture and design department, give insight into Tschumi's thinking; he unfolds and explores conceptual questions of design through the lenses of film, literature, visual art and philosophy, particularly deconstruction. Abstract theory and concrete design intermingle in Tschumi's body of work, as they do in this volume, to produce the radical, deconstructive effect for which he is famed.
Bernard Tschumi (born 1944) was Dean of the Graduate School of Architecture, Planning and Preservation at Columbia University from 1988 to 2003. He lives in Paris and New York.