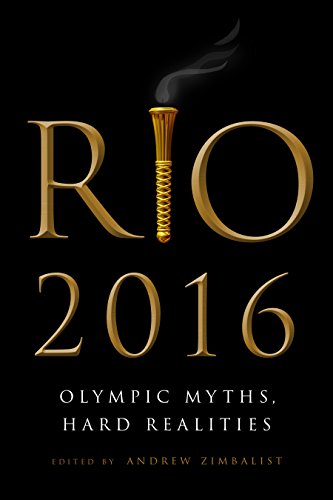 A clear-eyed, critical examination of the social, political, and economic costs of hosting the 2016 summer Olympics

The selection of Rio de Janeiro as the site of the summer 2016 Olympic Games set off jubilant celebrations in Brazil—and created enormous expectations for economic development and the advancement of Brazil as a major player on the world stage. Although the games were held without major incident, the economic, environmental, political, and social outcomes for Brazil ranged from disappointing to devastating. Corruption scandals trimmed the fat profits that many local real estate developers had envisioned, and the local government was driven into bankruptcy. At the other end of the economic spectrum, some 77,000 residents of Rio's poorest neighborhoods—the favelas—were evicted and forced to move, in many cases as far as 20 or 30 miles to the west. Hosting the games ultimately cost Brazil $20 billion, with little positive to show for the investment.

Rio 2016 assembles the views of leading experts on Brazil and the Olympics into a clear-eyed assessment of the impact of the games on Brazil in general and on the lives of Cariocas, as Rio's residents are known. Edited by sports economist Andrew Zimbalist, the other contributors include Juliana Barbassa, Jules Boykoff, Jamil Chade, Stephen Essex, Renata Latuf, and Theresa Williamson.