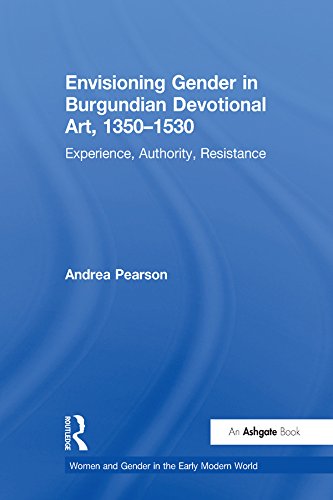 Illuminated here are the relationships between visual culture, faith, and gender in the courtly, monastic, and urban spheres of the early modern Burgundian Netherlands. By examining works by artists such as the Master of Mary of Burgundy, Jan van Eyck, Hans Memling, and Bernard van Orley, author Andrea Pearson identifies and explores pictorial constructions of masculinity and femininity in regard to the expectations, experiences, and practices of devotion. Specifically, she demonstrates that two of the most prominent visual genres of the period, books of hours and devotional portrait diptychs, were manipulated by patrons and spectators of both sexes to challenge and negotiate the boundaries and hierarchies of gender, and that marginalized individuals and groups appropriated the types to resist the authority of others and advance their own. Ultimately, the books and diptychs emerge as critical and often contentious sites for deliberating and transacting gender. By integrating books of hours and devotional portrait diptychs into current interdisciplinary theoretical discourse on gender, power and devotion, the author engages scholars in a range of disciplines: art history, history, religion and literature, as well as women's and men's studies.